Listen to the Audio Message on 1 Samuel 15

“Now go and attack Amalek, and utterly destroy all that they have, and do not spare them. But kill both man and woman, infant and nursing child, ox and sheep, camel and donkey” – 1 Samuel 15:3

The person who questions God’s actions is someone who does not understand the true character and nature of God. The bible describes God as being both Merciful and full of Wrath (can He be both?).

The God of Mercy

Let’s consider these attributes of God. The bible describes God as being “Full of Mercy.” The word Mercy means to be “compassionate.” When someone commits a crime, they deserve to be punished for their crime. If a murderer stands before a judge, the judge “Must” execute judgement. If he chooses to extend mercy, it is at his discretion. If the judge gives the murderer his just punishment, you cannot fault him for punishing the criminal for his crime.

The Nature of Man
The bible describes the nature of man as “sinful.” We are all born in sin (Psalm 51:5). This sinful nature comes from our earthly father, Adam. When Adam sinned, his sin nature was passed down to all generations.

God has the right to punish us from the moment we are born. But instead, He extends mercy to us even though we deserve to be punished. Many ignore His mercy and continue living in sin. If we don’t turn from sin, He will have no choice but to pass judgment on us.

The God of Wrath

God’s wrath is punishing sinful man for his sin. God will pour out His wrath on man, not because He is vindictive but because He must. Any ‘good’ judge must punish criminals. To not punish a criminal for his crime will be unjust and evil.

When God orders for an entire people group t0 be wiped out, it is because He is punishing them for their crime.

What about the Innocent Children?

This is one of the most difficult questions to answer.  I believe we have a difficult time processing this question because of two reasons. First of all, we know every life is precious. It does not matter who you are, rich, poor, old or young, life is the most precious gift we have. The second reason why we have a hard time understanding this question is because of our human limitations to understand. In other words, we only know what we know. God is not limited in His knowledge and therefore, His judgments are always based on truth and always right.

One of the attributes used to describe God is He is Sovereign. This means He has supreme authority. In other words, God is the creator of the world and everything in it and has the right to do whatever He pleases. If God so desires, He has the authority and the right to take someone’s life because He was the one that gave life in the first place.  That’s why He has every right to say, “I will have mercy on whomever I will have mercy, and I will have compassion on whomever I will have compassion” – Romans 9:15.”

I find it interesting that those who will accuse God as being genocidal does not use the same description for the abortion doctors and politicians that support and practice killing babies. Every day, over 2000 babies are killed in abortion clinics. This averages out to about 850,000 per year. In 2011, approximately 1.06 million abortions took place in the U.S. (Source: http://www.abort73.com/abortion_facts/us_abortion_statistics/). Where is the outcry about this?

As was alluded to earlier, “God’s judgement is based on truth and therefore is always right.” Unlike man, God has the ability to know the past, present and future.

The Past
In First Samuel 15:2, God said the reason He is ordering the Amalekites to be wiped out is because of His knowledge of the crime they committed in the past. He said, “I will punish Amalek for what he did to Israel.” When Israel came out of Egypt, the Amalekites attacked them from the rear killing the weak, elderly, sick, women and children. His judgement was based on their crime against Israel.

The Present
At the time God had given orders to wipe out the Amalekites, it was four-hundred years after they had attacked Israel. In other words, God gave them four hundred years to repent but they did not. This shows how merciful God is.

The Future
God has the unique ability to know the future.  He knew in advanced if the Amalekites would repent and turn to Him or if they would continue. When we read ahead in the later chapters and books in the bible, we see that because Israel did not wipe out the Amalekites, they came back and killed Israel’s king Saul (2 Samuel 1), fought against King David (1 Samuel 27:8, 30:1, 2 Samuel 8:12) and later in the book of Esther, they tried to exterminate the Jews (Esther 3). God’s foreknowledge gave Him the ability to not only know that the Amalekites would not turn from their sin but also bring much harm to the Israelites in the future.

Based on God’s Sovereignty and Omniscience, He has every right to order the extermination of these people.

God is merciful but He is also full of wrath. His nature requires Him to punish sin. This is why He sent Jesus to die on the cross. Jesus was the only man that ever lived that was sinless. And because of this, He can take our sins upon himself. When we confess our sins and acknowledge that He died for our sins, God legally can extend mercy to us because His wrath was poured out on Jesus for the crimes we committed. The cross is where the wrath of God was satisfied. 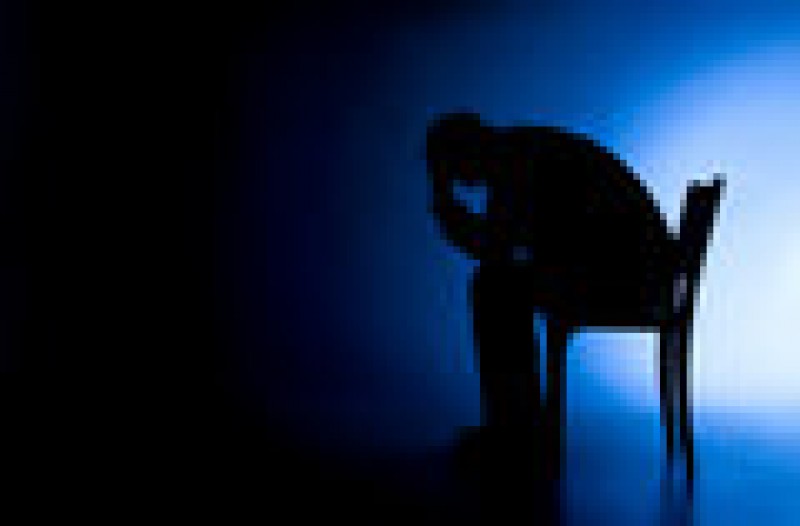 We have more people in our nation struggling with depression than any other time in history. And for that reason, millions of people are on anti-depression drugs.

Depression can be caused by a number of things but one of the leading causes is because of the view we have about ourselves. Society says, you should have a high self-esteem. The problem with this view is when your life does not meet up to your expectations, it often will lead to depression.

According to the Jesus and other teachings found throughout the bible, the key to overcoming depression is not having a higher self-esteem but humility… esteeming others better than yourself. Studies have shown that people who are serving others are happier and less likely to suffer from depression.

If you are suffering from depression, find ways to serve others today.